Hannah, an Australian ex-pat living in Los Angeles, organises an audition at the San Francisco Ballet Company for her younger brother Connor, a professional dancer based in Europe. Both siblings are still grieving the deaths of their beloved parents while trying to build a future for themselves, continents apart. Hannah's boyfriend Kane and her best friend Katherine join them on their road-trip up the Californian coast, bypassing many wondrous sun-soaked sights... as well as their self-respect.

FOR NOW is a look at twenty-somethings adrift in the limbo between adolescence and adulthood, grappling with the superficial connections that define their generation. Shot on the road over seven days on a shoestring budget and with entirely improvised performances based closely on the actors that play them, FOR NOW blurs the line between reality and fiction in an attempt to find meaning in the relationships of four individuals and the sense of loss that overshadows them. 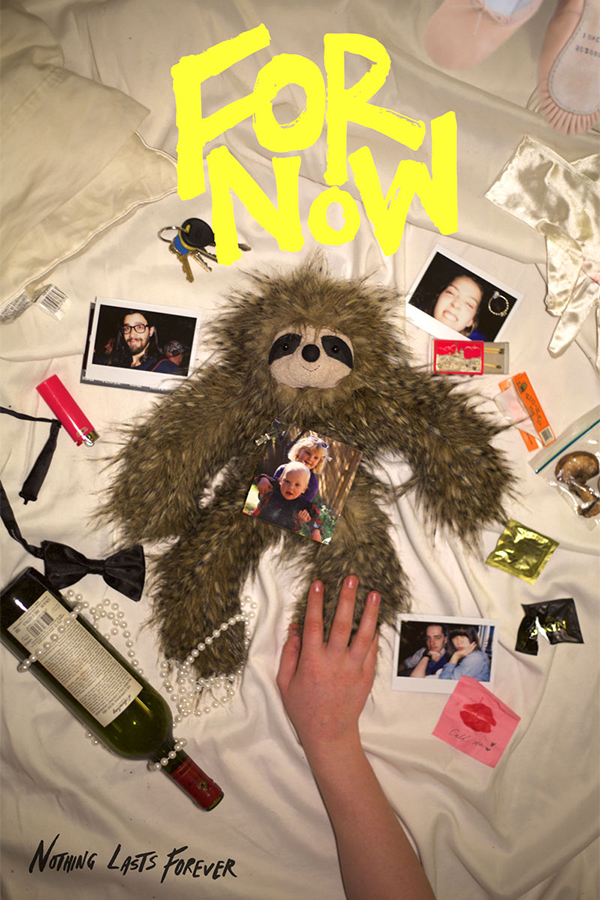